Freemasonry uses the metaphors of operative stonemasons’ tools and implements, against the allegorical backdrop of the building of King Solomon’s Temple, to convey what has been described by both Masons and critics as “a system of morality veiled in allegory and illustrated by symbols. 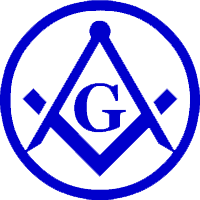 Freemasonry is a fraternal organization that arose from obscure origins in the late 16th to early 17th century. Freemasonry now exists in various forms all over the world, with a membership estimated at around 5 million (including around 480,000 in England, Scotland and Ireland alone, and just under two million in the United States). The various forms all share moral and metaphysical ideals, which include, in most cases, a constitutional declaration of belief in a Supreme Being. The fraternity is administratively organized into Grand Lodges (or sometimes Orients), each of which governs its own jurisdiction, which consists of subordinate (or constituent) Lodges. Grand Lodges recognize each other through a process of landmarks and regularity. There are also appendant bodies, which are organizations related to the main branch of Freemasonry, but with their own independent administration. Freemasonry uses the metaphors of operative stonemasons’ tools and implements, against the allegorical backdrop of the building of King Solomon’s Temple, to convey what has been described by both Masons and critics as “a system of morality veiled in allegory and illustrated by symbols. 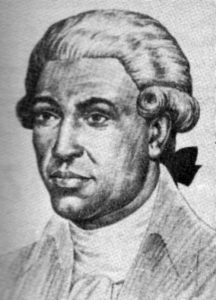 On March 6, 1775, Prince Hall and 14 men of color were made masons in Lodge #441 of the Irish Registry attached to the 38th British Foot Infantry at Castle William Island in Boston Harbor, Massachusetts. It marked the first time that Black men were made masons in America. About a year later, since the conflict between England and America had commenced, the British Foot Infantry left Boston, along with its lodge, leaving Prince Hall and his associates without a lodge. Before the lodge left, Worshipful Master Batt, gave them a “permit” to meet as a lodge and bury their dead in manner and form. This permit, however, did not allow them to do any “masonic work” or to take in any new members. Under it, African Lodge was organized on July 3, 1776, with Prince Hall as the worshipful master. It wasn’t long before this lodge received an additional “permit” from Provincial Grand Master John Rowe to walk in procession on St. John’s Day. On March 2, 1784, African Lodge #1 petitioned the Grand Lodge of England, the Premier or Mother Grand Lodge of the world, for a warrant (or charter), to organize a regular masonic lodge, with all the rights and privileges thereunto prescribed. The Grand Lodge of England issued a charter on September 29, 1784 to African Lodge #459, the first lodge of Blacks in America. African Lodge #459 grew and prospered to such a degree that Worshipful Master Prince Hall was appointed a Provincial Grand Master, in 1791, and out of this grew the first Black Provincial Grand Lodge. In 1797 he organized a lodge in Philadelphia and one in Rhode Island. These lodges were designated to work under the charter of African Lodge #459. In December 1808, one year after the death of Prince Hall, African Lodge #459 (Boston), African Lodge #459 (Philadelphia) and Hiram Lodge #3 (Providence) met in a general assembly of the craft and organized African Grand Lodge (sometime referred to as African Grand Lodge #I). In 1847, out of respect for their founding father and first Grand Master, Prince Hall, they changed their name to the Prince Hall Grand Lodge, the name it carries today. In 1848 Union Lodge #2, Rising Sons of St. John #3 and Celestial Lodge #4 became the first lodges organized under the name Prince Hall Grand Lodge. From these beginnings, there now are some 5,000 lodges and 47 grand lodges who trace their lineage to the Prince Hall Grand Lodge, Jurisdiction of Massachusetts.